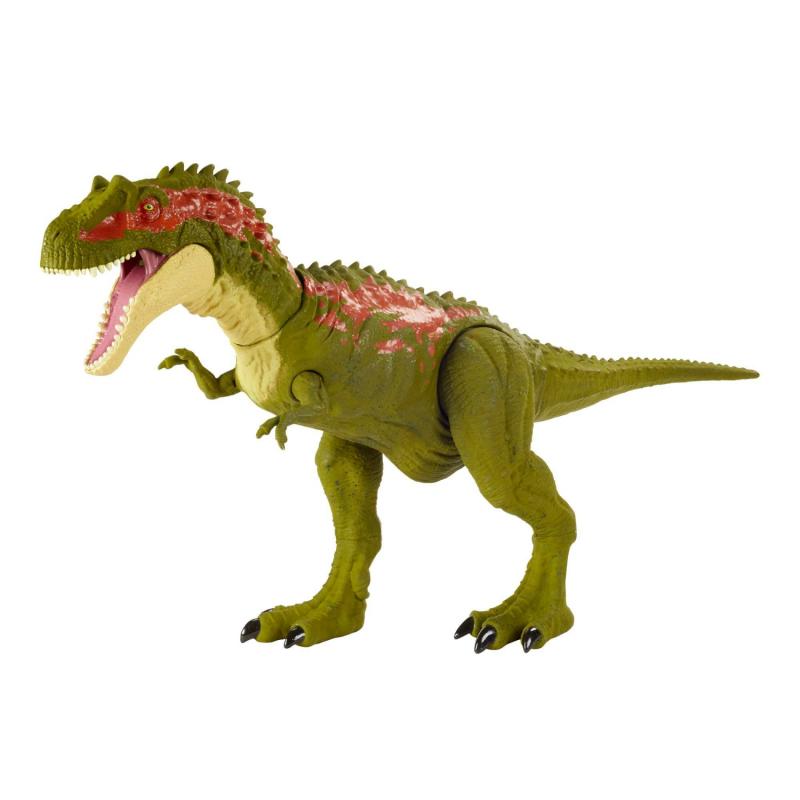 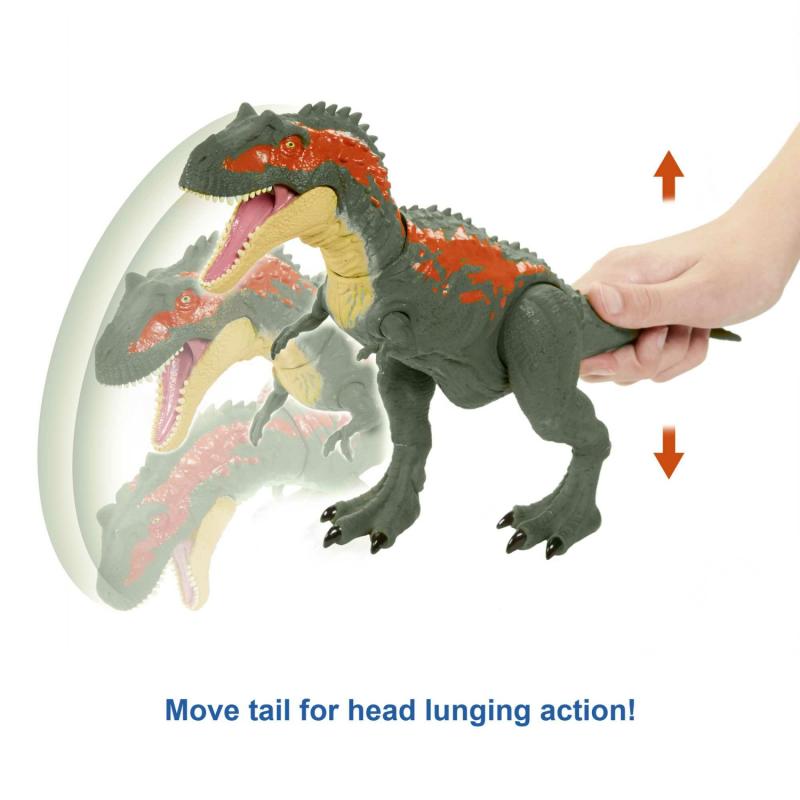 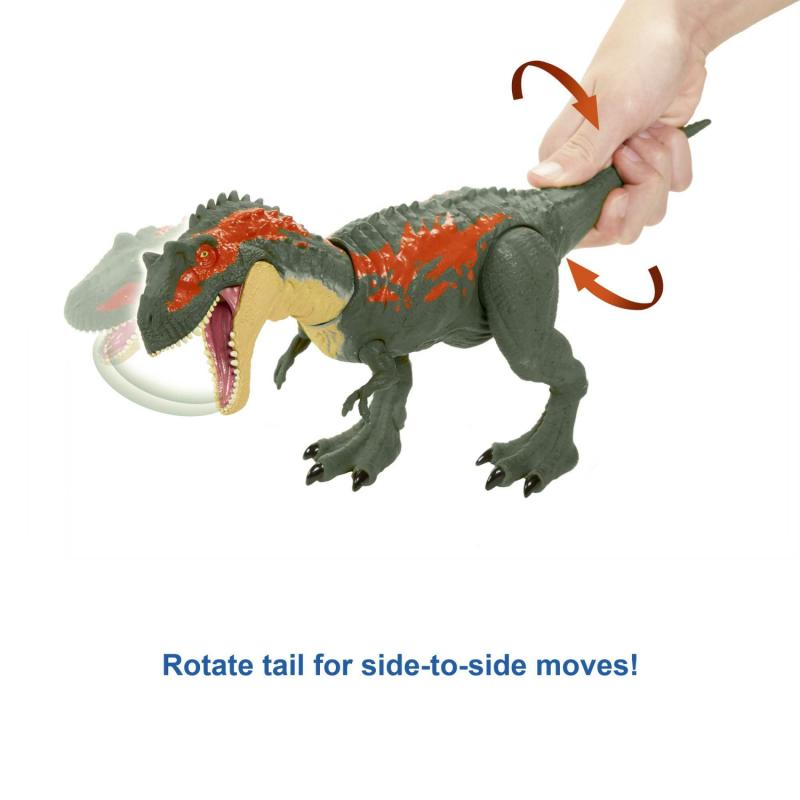 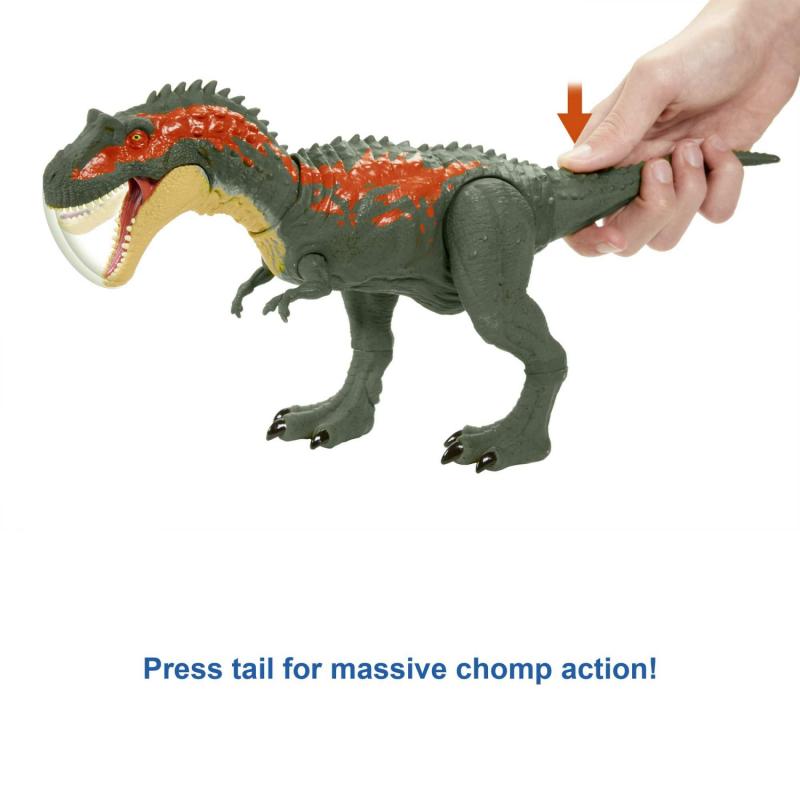 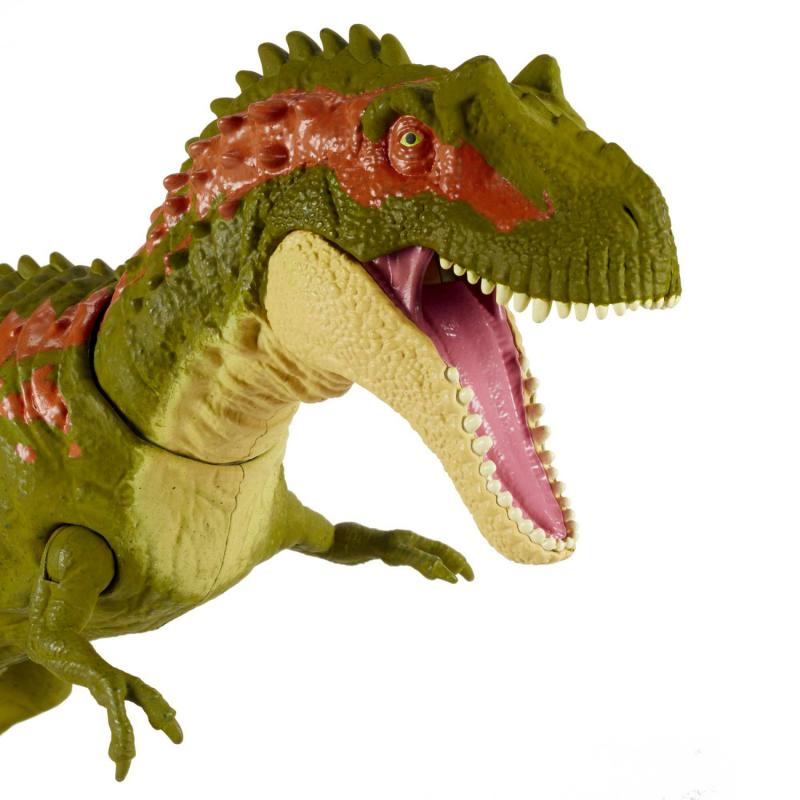 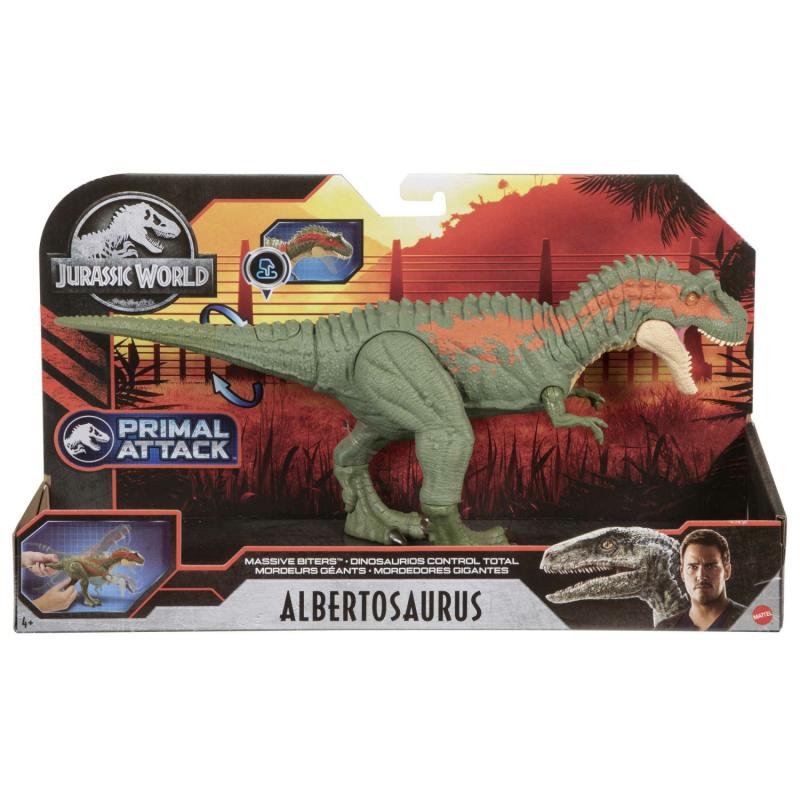 Be a part of the Jurassic World adventure with the ultimate in dinosaur battle action! This larger-sized Jurassic World Massive Biters™ dinosaur action figure features the brand new ‘Primal Attack’ feature, enabling kids control the battle play by activating these awesome battle moves:move the tail from side to side to activate head movement; move the tail up and around for body twisting movement and move the tail for awesome chomping action (activate all moves at the same time for total animated control of the figure). You can also push the button on the tail area to make the jaws chomp, too, for extra-added battle play! This Massive Biters™ dinosaur action figure also features movie-inspired sculpting, movable joints, authentic color and realistic texture. Collect all the Massive Biters™ dinosaur action figures and recreate epic Jurassic World battle action scenes or make up your own adventures! For more dinosaur fun, download the Jurassic World Facts app (Android and iOS) to scan and watch your dinosaur come to life, zoom in on dinosaurs up close, hear dinosaur roars, learn fun dinosaur facts and more! Each sold separately, subject to availability. Colors and decorations may vary. For ages 4 and up.

There are no reviews yet.